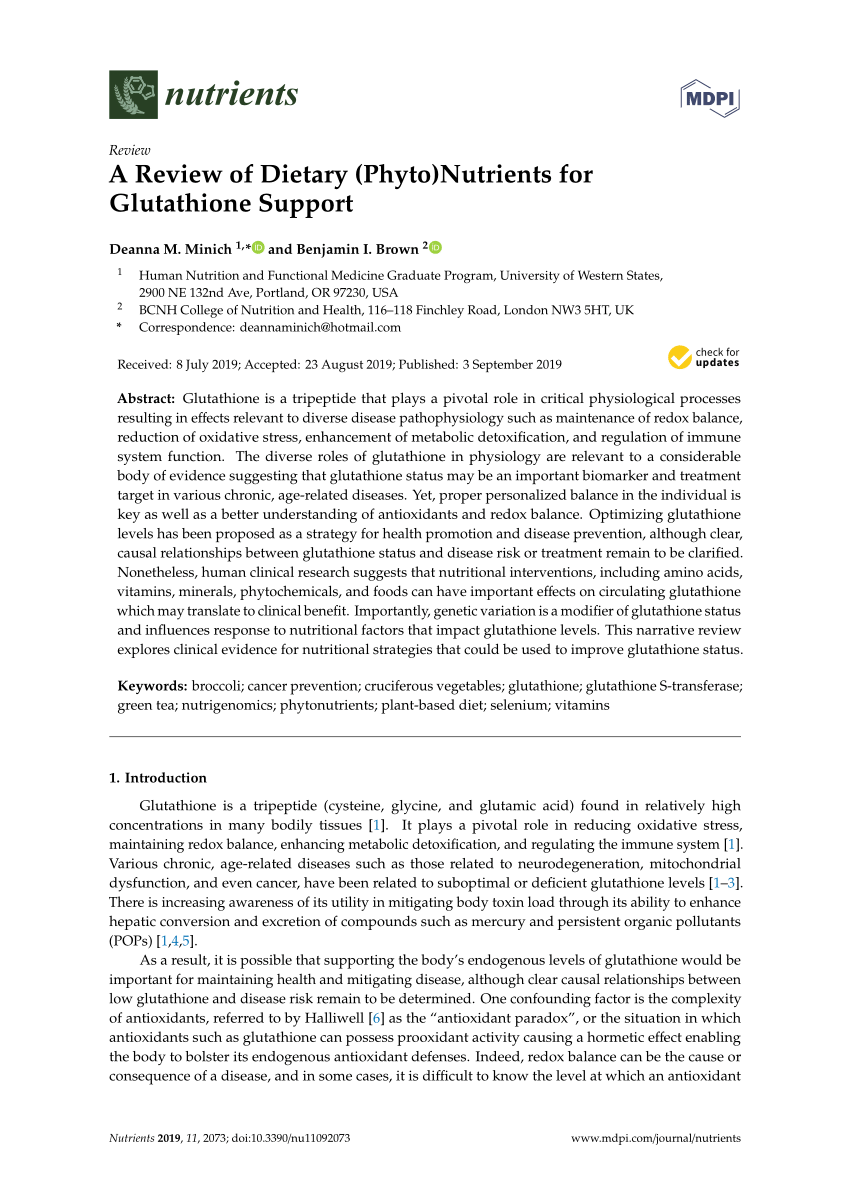 Polyphenols in food plants are a versatile group of phytochemicals with many potentially beneficial activities in terms of disease prevention. In vitro cell culture experiments have shown that polyphenols possess antioxidant properties, and it is thought that these activities account for disease-preventing effects of diets high in polyphenols. However, polyphenols may be regarded as xenobiotics by animal cells and are to some extent treated as such, ie, they interact with phase I and phase II enzyme systems. This enzyme is rate limiting in the synthesis of the most important endogenous antioxidant in cells, glutathione. Because glutathione is important in redox regulation of transcription factors and enzymes for signal transduction, our results suggest that polyphenol-mediated regulation of glutathione alters cellular processes. Evidently, glutathione is important in many diseases, and regulation of intracellular glutathione concentrations may be one mechanism by which diet influences disease development. The aim of this review is to discuss some of the mechanisms involved in the glutathione-mediated, endogenous, cellular antioxidant defense system, how its possible modulation by dietary polyphenols such as flavonoids may influence disease development, and how it can be studied with in vivo imaging. The hallmark of oxidative stress is increased production of reactive oxygen species ROS, in amounts that exceed cellular antioxidant defenses.

Read More:  What is a humans natural diet